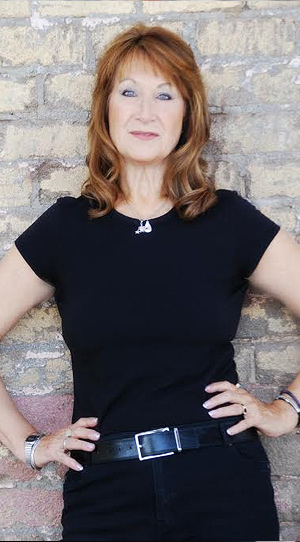 If you’re looking for a dynamic, entertaining speaker, Laurie Fagen is available to speak in person or via Zoom for book clubs, service organizations, critique groups or whomever wants to hear about her writing journey.

Topics include about writing mysteries, making the transition from journalist to novelist, writing strong female characters among other topics.  Email her at Laurie@ReadLaurieFagen.com for her availability.

I’m excited about starting the audiobook recording for “Bleeder” this summer. I’ve got five great actors coming to my home studio to record the “podcast” portion of the audiobook. Then, I’ll be recording my narration for the rest of the book. The audiobook will hopefully be available on Audible in time for the holidays. You can purchase the print and ebook Kindle Unlimited versions here: https://tinyurl.com/GetBleeder

We had a great time in the cooler climes of Payson in July at the Payson Book Festival. And now that Covid-19 is calming down, more book festivals and events are coming in this fall and in 2023. If you know of one I should attend, let me know!

I’m thrilled to report I have finished the first draft of my new manuscript called “Raw Image,” in what will be a new series called “Behind the Lens” mysteries. It’s about a tough freelance television journalist and videographer who covers major crimes and traumatic events, and does her best to expose sex traffickers. “TJ Banks” is kind of a badass women and is great to write. Plus, I am sending her to Los Angeles, Albuquerque, Phoenix, and Europe in book #1! around the country and the world, which is such fun.

If you’re in the Phoenix area, I’m happy to personalize a book for you or for a gift  – email me at Laurie@ReadLaurieFagen.com.

Meanwhile, here’s the general logline for the different plotlines you’ll find in “Bleeder:”

She investigates a cold case to find those who gunned down a divorced mom outside her home, but the killers find her first.

Lisa must put her emotions aside to cover the trial of cop shooter T-Bone Peters from book #2 “Dead Air,” and deal with the illness of one of her beloved rescue cats.

The campy murder mystery podcast she writes and produces is called “Art of the Steal” about an art gallery owner found dead and a missing piece of art.

The domestic violence story that launches Chapter 1 is mostly from my imagination, with a little help from various Writers Police Academy sessions I have attended over the years. Some of the cop information about “DV” are also from talking to law enforcement at those workshops as well. Thanks to friends who gave me personal stories about similar situations they’ve been in.

The cop shooter tale is a continuation of the primary book #2 “Dead Air” story, which is based on an actual incident I covered during my television reporting days at an NBC affiliate in my home state of Iowa. In “Bleeder,” Lisa is sent to cover the trial of the cop shooter, moved on a change of venue to Prescott. This, too, is similar to the Iowa trial, which was moved from Waterloo across the state to Council Bluffs, which I covered for about two weeks.

The cold case is based on one I found in the online files for Chandler Police Department, but heavily fictionalized.

And the podcast story is loosely based on some of my experiences running a contemporary art gallery in Chandler – but no one ever died there!

Thanks for all your support!

Bleeder, the third book in the “Behind the Mic Mysteries,” is the continuing saga of intrepid radio reporter, Lisa Powers, who covers the trial of the cop shooter from the Dead Air book. I get to include details about the lovely mountain town that was my second home for five years. Lisa will also cover a domestic violence case, and the podcast is entitled “Art of the Steal,” about a crime in an art gallery.

“Dead Air,“ book #2 in the “Behind the Mic Mysteries,” is available in e-book, print and audio book on Amazon at https://tinyurl.com/BuyDeadAir. 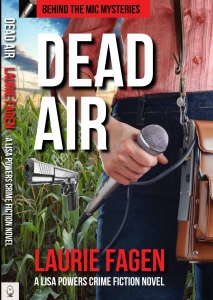 You can hear an interview with me on Golden State Media Concepts, about my books, my background and many other subjects, includin 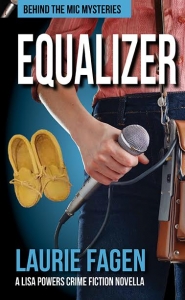 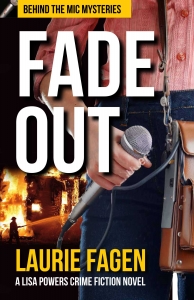 Like most people around the world, I am staying home as much as possible during this global pandemic. Oh, I’ve ventured out to the grocery store, pharmacy, and a couple of larger brick and mortars, [...]

My writing schedule ain’t what it used to be. For the past few years, I have been quite disciplined to write Monday through Friday from 9 a.m. to about noon or 1 p.m. I am [...]

People often ask me how I get so many things done as a writer, fiber and clay artist, volunteer, etc. I usually respond, “Schedule, schedule, schedule!” With more people either working from home (WFH), having [...]

We all go through pain and sorrow in our lives. Often it’s as we get older, but that’s certainly not always the case. How we get through it – and perhaps more importantly, how we [...]

Had a great time last night recording the podcast portion of the  audiobook  for “Bleeder” with some very talented actors! We look very serious here but we had a great time with the campy story “Art of the Steal“ with Leroy Timblin  , Tess Jenkins, Dave Specht Ann Narcisian Videan Andrea Beaulieu with my son Devon Hancock handling recording and mastering duties. And even though I had a reminder sign to take video and other photos I totally forgot. Fortunately Devon took these while we were doing the table read. Hope to have the audiobook done by Christmas!   ... See MoreSee Less
View on Facebook
· Share

So excited!! Just got word that my short story, “Mystery in MB" (Manhattan Beach) has been accepted for the Los Angeles Chapter of Sisters in Crime for their 2023 Anthology, ENTERTAINMENT TO DIE FOR. ... See MoreSee Less
View on Facebook
· Share

So excited! Finished first draft of “Raw Image” a new book in a new series called Behind the Lens mysteries.   Now the editing work starts. It will go out to beta readers soon. If you’re interested, direct message me with your email address and I’ll send you the manuscript. I will be asking you to consider a variety of questions such as does the story make sense, are the characters believable, is there anything that you did not like or were confused about, Etc . Onward! ... See MoreSee Less
View on Facebook
· Share

Need a good weekend read? D'Vine Gourmet in downtown Chandler has signed copies of all my books! And while you're there, get a bag of their salted caramels - delish!! wait, D'Vine! @denisecotemccreery Bonnie Lou Coleman Read Laurie Fagen @authorcarlyle ... See MoreSee Less
View on Facebook
· Share

I'm back from a European trip, which included a stop at the Spy Museum in Berlin - perfect for my crime fiction writing! Meanwhile, I'm working on a short story for an anthology about a young surfer who washes up on the Coronado Island shore ... and it looks like he was murdered. Need to finalize a title. Which do you prefer, or do you have another suggestion?Killer on Coronado IslandCoronado Island KillerOR OTHER? ... See MoreSee Less
View on Facebook
· Share

TERMINOLOGY: "Break a leg" is often said to actors before a show to wish them good luck in the production. However, the origins of the term came from when actors would not get paid unless they set foot on stage, or would go past the "leg" of the curtains, hence "break a leg" really meant "hope you get paid!" Actor Peter Gallagher explained this during an interview about the Audible production of "The Guilty." ... See MoreSee Less
View on Facebook
· Share

TERMINOLOGY: "IT'S A WRAP" -- Called out usually at the end of a film or TV shoot, today it might stand for "that's the end of shooting," but it originated as "Wind Reel And Print" -- meaning, to wind the film reel and have it developed. Actor Peter Gallagher explained this during an interview about the Audible production of "The Guilty." ... See MoreSee Less
View on Facebook
· Share

Need a good mystery book? You can get my "Behind the Mic Mysteries" series at d'Vine Gourmet in downtown Chandler! Fade Out, Dead Air and Bleeder are all available in paperback there. Be watching for a book talk and book signing soon! @dvinegourmetaz www.ReadLaurieFagen.com, @shortontimebooks, #SHORTONTIMEBOOKS, #readlauriefagen,@grandcanyonwriters, #sincnational, @sincnational, #instabooks, #AlwaysAuthor, @authorcarlylelabuschagne, @readlauriefagen, #selfpublishing, #writingcommunity, #writingexcuses ... See MoreSee Less
View on Facebook
· Share

So disappointed the Tullamore Ireland writing retreat was cancelled again ... but back at work on "Raw Image," first book in "Behind the Lens" mystery series. Just wrote a scene where someone is trying to push protagonist TJ Banks off the road from Cottonwood heading into Sedona. Thank you to Google Maps for the satellite assist! ... See MoreSee Less
View on Facebook
· Share

Our “Murder & Magic” group is well represented on Left Coast Crime panels! Sandy Wright and Wendy Wickham Fallon were both on a paranormal panel. Margaret C. Morse spoke on a cozy panel this morning and will talk about legal issues this afternoon. ... See MoreSee Less
View on Facebook
· Share

Had a great time speaking on a “journalism” panel called “That’s News To Me” at Left Coast Crime writer/reader conference in Albuquerque, NM with a distinguished panel including Mark Stevens, Gwen Florio and Rich Zahradnik. Thanks to Wendy Wickham Fallon for the photo. Left Coast Crime ... See MoreSee Less
View on Facebook
· Share