As a former broadcast journalist who worked for both radio and television, the words we write in our news stories are primarily intended for the “ears.” They are meant to be heard, not necessarily read, unless by the TV or radio news anchors. And when writing for others in broadcast news, writing with that person’s “voice” in mind is also essential. For instance, I wrote a “Fiesta Bowl” parade script for the late Bill Austin, then a major radio personality, and Lin Sue Shepherd Cooney, a former KPNX-TV Channel 12 anchor. Bill was the jokester of the two, and his “voice” was much lighter and fun, where Lin Sue’s copy had to be written to portray the classy, professional woman she was.

The words written for fiction are primarily intended to be read on the page, or for the “eyes,” whether it’s on paper or an electronic digital page.

Oh, sure, most editors and publishers will encourage writers to read their stories aloud, for a variety of reasons, such as to catch typos or poor grammar.

But another is for an audio book format, which I’ve produced for my first novel, “Fade Out,” and just completed narration for “Dead Air.” In my case, in addition to narrating the “voice” of my protagonist, Lisa Powers, I also took actors into a studio to record the “podcast” voices for my “Murder in the Air Mystery Theatre” stories.

Writing for the stage is yet another form of writing for the ears. I recently spent time in New York City, and got to see three Broadway shows, including “Hello, Dolly” with Bette Midler. Live theatre, when done well, is a fabulous experience, and add singing and dancing, and it’s a joy to be a part of a production from either the audience or actor standpoint.

I’ve also written a couple of stage productions, one which had a workshop reading in Los Angeles, and another that had a full production recently in Mesa, called “Boa Babes.” 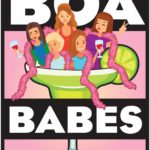 Hearing your words spoken by others, especially professionals, is a very heady experience that I would highly recommend to anyone. To have actors say your lines the way you intended, to hear the audience laugh at your jokes, to have attendees “get” your story, are some of the highlights of my writing career.

I’m not talking about as a potential narrator of your own stories, although that is certainly an option if you are interested and able.

I’m talking more about your characters, the “voices” in your stories, which need to be clear, distinct, individual and interesting, whether intended for the ears or the eyes. Do your characters all sound the same? Is the cadence similar? Do they all sound like your own personal voice?

Or do some speak loud and brash, and other soft-spoken and quiet? Do some have accents? Can you tell that some might have higher education than others? Can you tell the blue-collar worker from the college professor?

If you are not sure if your characters’ voices are the same, make sure to read it aloud, at least to yourself. If you still can’t tell, gather a few people around your kitchen table to speak your words. Not only will you get a better feel for the flow and pace of your story, but you will hear if the words are too stilted, not conversational enough or all sound like they’re coming from the same person.