Dads: a special kind of love

Home/Blog/Dads: a special kind of love

Dads everywhere will be honored this month for Father’s Day, and I’m grateful my dad is one of them.

Lowell Fagen has had a varied and interesting life, starting as a farmer, raising hogs, sheep, corn and soybeans; going into the Marine Corps and serving in World War II as well as Korea; teaching Dale Carnegie classes; being an entrepreneur with a couple of different business ventures; flying single engine aircraft and getting involved in aviation organizations; becoming a major sheep producer and innovator with breeding; having a career as an insurance agent, and later as a real estate agent, a field he is still working in at age 89.

The workaholic tendencies don’t fall far from the tree, as they say. I have long since inherited his work ethic, interest in new and different projects, and hope I’m able to work as long as he is.

He has always been a positive role model for me, always encouraging, always believing in me. I couldn’t have asked for more. 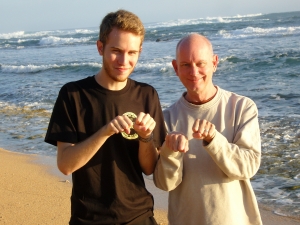 To think my son lost his dad at the young age of 21 is almost incomprehensible. I can’t imagine not having my father to talk to, to ask questions of, to watch an NBA ballgame with, to just sit and chat with.

My late husband was a great dad, albeit a reluctant one. He didn’t think he would know what to do with a child, but right after Devon was born, Geoff was changing diapers, feeding, cuddling, going for walks, and being a very hands-on father.

He also encouraged Devon to learn magic; make Claymation objects and still-frame movies; try his hand at baseball; and take up the guitar, a passion they could both enjoy together. Some of my fondest memories at the end of Geoff’s fight with cancer was to hear Devon playing guitar for his dad at his bedside. 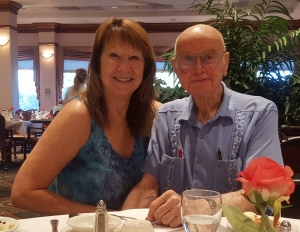 So, to dads everywhere, and especially to mine, Happy Father’s Day 2016. We have a special love that is rare indeed, and one I am so thankful for. I hope I have made you as proud of me as I am of you.